Problem: Our homeowners bought a 14-room, Civil War-era row home in Fishtown in the 70s. They didn’t want to disturb the home’s architecture by adding ductwork for central air. For decades, they used noisy, inefficient air conditioners to cool the home.

Solution: We installed a Unico high-velocity air conditioning system. It silently circulates cool air throughout the house without disturbing the look and feel of the home.

In 1973, Norman Pitt and his wife moved into a 14-room Civil War-era home in the Fishtown neighborhood of Philadelphia.

The Victorian house had all the original woodwork. And, the mantle pieces throughout the home were untouched.

The Pitts didn’t want to disrupt this all by adding ductwork for forced heat and central air. So, every spring they put in nine window air conditioning units throughout the house.

It was cumbersome and inefficient. But, the Pitts thought there was no other way - until they found out about Unico high velocity air conditioning.

An antique home in a revitalized Philadelphia neighborhood

When the Pitts bought their Fishtown home in the 70s, manufacturing was declining in the traditional working class areas of the City. Many residents were moving to the surrounding suburbs and the community was struggling.

Then, in the 80’s and 90’s, Center City Philadelphia began re-emerging as an exciting, livable urban area.

As the revitalization spread, housing prices increased.  As a result, younger residents and artists in search of more affordable housing pushed the development into the neighborhoods adjacent to center city.

In Fishtown, coffee houses, art galleries and music venues such as Johnny Brenda’s began to appear and attract a new generation of visitors and residents to the area.

Over the last five to ten years, the turnaround has been even more dramatic.

New construction filling every vacant lot and new restaurants and businesses attracting even more residents to the area.

And, in the middle of all this rebirth lies a carefully preserved, 14-room home built in the 1860s. 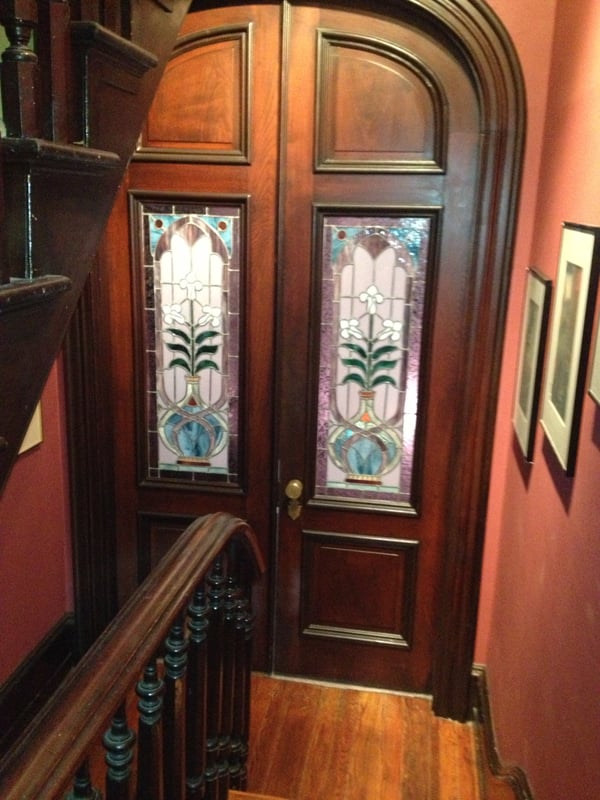 Preserving an old home in a growing neighborhood

The Pitts’ home has many hallmarks of an earlier era. For instance, the kitchen had two separate areas split by a wall with a wood burning stove.

The stove also had two faces—one for winter cooking and one for cooking in the summer. 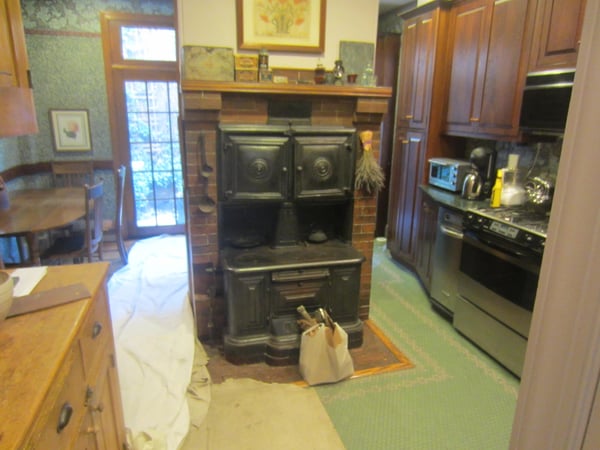 And, the far side of the kitchen was used in the summer to keep the heat away from the living area.

Eventually the couple removed the wall to have one large kitchen, but kept the original stove as the centerpiece.

So, while the Pitts made some small changes, adding ductwork was not on their list. Doing that would mean building out compartments in the rooms to house the ductwork.

Suddenly, you’d have enclosures around two feet wide and nearly a foot deep jutting out of walls and taking up closet space.

Fortunately, a high velocity system could cool the entire home without overhauling it.

High velocity air conditioning works by circulating air through small, flexible supply tubes. This process is in contrast to central air and traditional ductwork. As a result, the Unico system:

The big attraction for this home was not changing the look and feel. The supply tubes run through walls and in the corners of closets.

Then, the vents are small, round pieces five inches in diameter. That makes them easy to blend into the room. 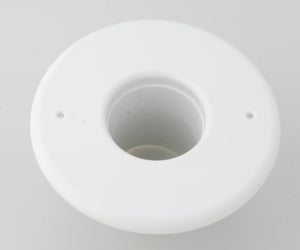 This works exceptionally well because the system spreads the treated air through the room more thoroughly than traditional AC.

As a result, we can put those small vents in out-of-the-way places, like behind doors. And, we can install different-colored ones to keep them out of sight.

For instance, check out how well this vent blends. You may have to look closely:

An added benefit of the Unico system? It keeps the house cool and quiet at the same time.

That’s thanks in large part to the noise-dampening insulation around the supply tubes. The sound attenuator material is similar to that of a gun suppressor.

Check out our experiment showing exactly how it works:

Here, you can watch as the insulation reduces the loud honk of an air horn to a muffled “whoosh” sound.

And, these get quieter the more outlets you add to the home.

Generally, you get down around 29 decibels. For comparison, that’s quieter than a library (30 decibels) and only a little louder than rustling leaves (20 decibels).

Usually, central air rates between 59 to 76 decibels. That range covers people talking in a restaurant to a car going by at 65 mph.

And, the more outlets you add, the quieter the system gets. With enough, it’s possible to make the sound of the system unnoticeable by human ears.

At first, Norman worried that installing a high velocity system would disturb the architectural integrity of the house. But, he was pleasantly surprised when it didn't.

Even the original, ornate ceiling plaster was undisturbed.

“The blades ECI used cut right through the old plaster and lathe and did no collateral damage,” Norman said. “They were really skillful about finding places to locate the ducts and vents.”

Now, the Pitts no longer have those old eyesore window air conditioners. Their entire home is cool all summer, and they don’t even notice where the air is coming from.

The revitalization of Fishtown may come with some added noise and parking challenges. But, the Pitts are happy to be living in an exciting, prosperous part of the city - and in a cool, comfortable home. 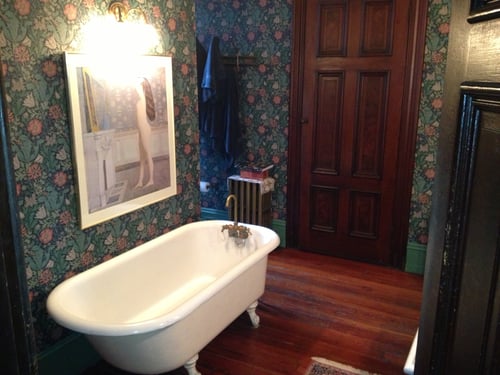 If you’re looking for a year-round comfort solution for your home, click the button below to learn more about high-velocity systems. Or, call ECI Comfort at (215) 245-3200.

This entry was posted in High Velocity